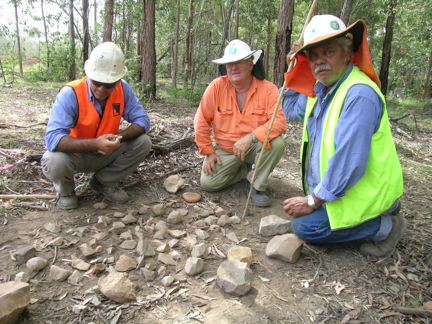 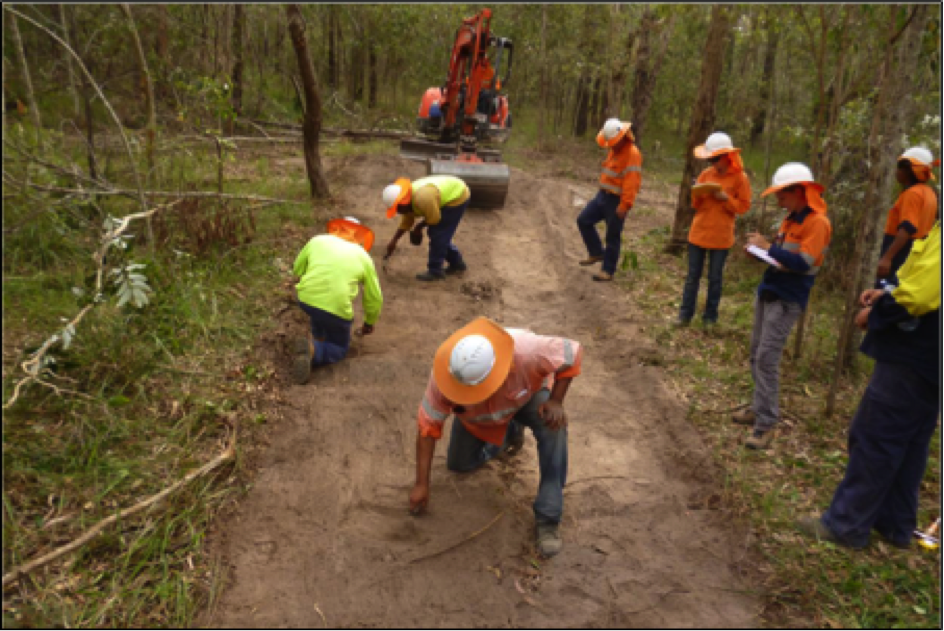 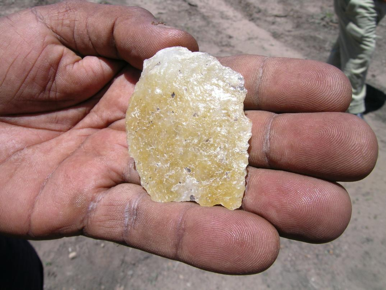 outcrop ranged from fine-grained silica to a sugary large-grained quartzite as shown here.

Jagera Daran coordinated the involvement of members of the Jagera People #2 claim group in conducting the cultural heritage survey to assess the presence of both surface and sub-surface aboriginal cultural heritage within and adjacent to the project area.

Jagera Daran also contract managed the Implementation of the Cultural Heritage Management Plan, the engagement of Subject Matter Experts (SME’s) to assist the Jagera People in providing comprehensive mitigation strategies and reports and the employment of members from the Jagera People.

A major excavation and mitigation of a significant stone quarry and manufacturing site was coordinated and undertaken by Jagera Daran in consultation with Turnstone Archaeology. This project was the first to incorporate Traditional Owner teams in the mitigation, recording and curation of all the finds identified.  A sample of curated finds was sent to the University of New England for lithic analysis by Dr. Mark Moore.

In south eastern Queensland, the impact on Aboriginal cultural heritage of almost 200 years of non-indigenous land use through pastoral activities, land clearing, logging, quarrying, mining and road and infrastructure development has beenconsiderable. Under the Guidelines of the Aboriginal Cultural Heritage Act 2003, areas (especially farmland) that have been subject to land modification may be assessed as potentially not posing a risk to Aboriginal cultural heritage. If this legal categorisation had been adhered to in the current project, a highly significant cultural find would have been destroyed and the opportunity for the Jagera Peoples to document and retrieve a major artefact concentration would have been lost.

Because an area has been farmed or has had buildings constructed on it does not imply that the sub surface cultural heritage has been destroyed. Plough zone archaeology makes an important and significant contribution overseas (Schofield 1991) and it is only the relative frequency of lithic finds in Australia that has led archaeologists in the past to be dismissive of disturbed surface finds. The discovery of substantial numbers of stone artefacts, many of them still in situ, is proof of the value both to science and the national interest of undertaking archaeological programs in modified landscapes.

The value to the Jagera Peoples in both economic and professional development also should be highlighted. When the program of monitoring began, the documentation of finds and their subsequent curation was poor. Finds were inadequately recorded with little context. However, as the program developed and technical advice became available through the involvement of Turnstone Archaeology, a more professional approach to recording and documentation developed that has now become standard for Jagera Daran‘s cultural heritage programs.

A major result from this program has been the involvement of the University of New England in the lithic analysis. The results of this are appended to this report (Volume 2). Lithic analysis adds a new dimension to cultural heritage studies. Specifically, it assists in understanding the technological reduction processes, importation of exotic materials and sometimes the social organisation across the cultural landscape. Aboriginal people were partly constrained by the availability of suitable toolstone for the manufacture of tools for scraping, cutting and boring. The silcrete stone source identified at the South East Correctional Centre would have been pivotal in movement and settlement patterns within the northern Lockyer Valley.

Lithic analysis also has wider implications. It provides universities with raw data for teaching programs and training in archaeological techniques. The results from analysis of the Gatton finds may also have national and international significance in understanding technological processes worldwide (see Volume 2).

On the negative side, the loss to Jagera Peoples of such a significant stone source is immeasurable. It represents yet another component of a cultural landscape rapidly disappearing in the face of urban settlement, industrial development and land use. The positive aspects come from the commitment by Project Services and Baulderstone to best practice and the time, money and support they have offered to Jagera Daran in the retrieval and documentation of the finds.

Because the full significance of the silcrete source was identified only after vegetation removal, when the site was already heavily impacted on, it could not be preserved intact. In retrospect, a series of test pits to assess sub surface cultural heritage that might have been intact should have been proposed. Because of the already disturbed nature of the find at the time Turnstone Archaeology became involved, this did not occur. In the fullness of the project, a range of other issues, such as adequate recompense through employment, the considerable budgetary costs of the program and the recovery of a substantial percentage of the lithic cultural heritage, overshadowed more detailed scientific investigations. In real terms, the cultural heritage program at the South east Queensland Correctional Centre was a rescue or salvage operation, albeit one that has produced inestimable value in understanding an ephemeral yet time-spanning cultural landscape.