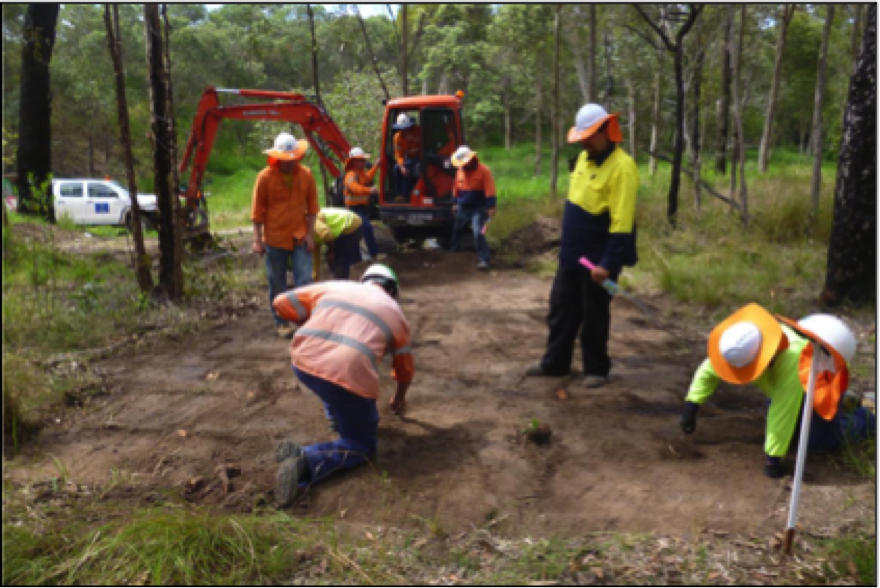 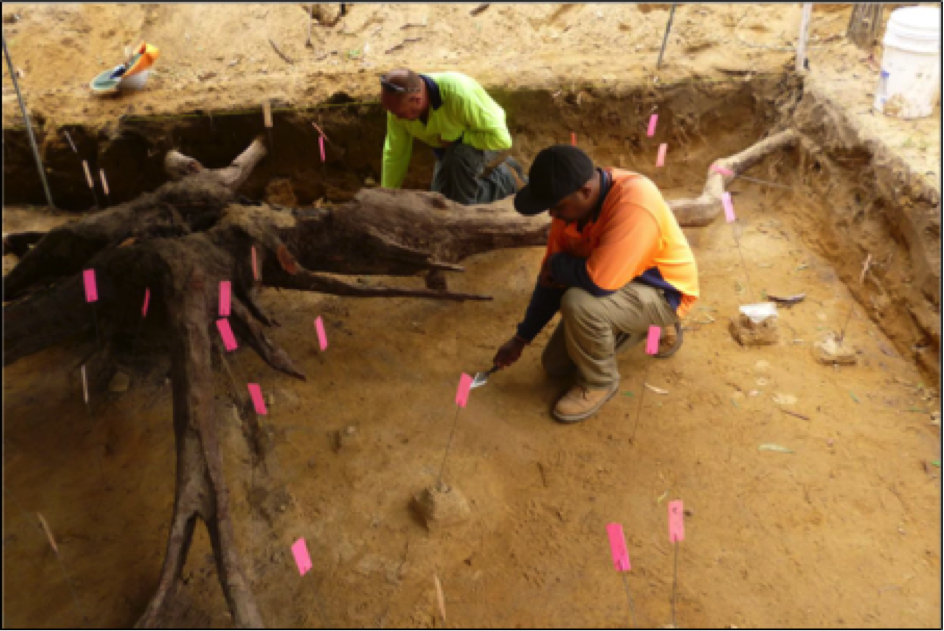 The Queensland Government is constructing a major transport corridor project between Richlands and Springfield, southwest of Brisbane. Stage I of the Darra-Springfield Transport Corridor (Darra to Richlands) was completed in 2011.

The Aboriginal Cultural Heritage Act 2003 provides for consultation and involvement of Aboriginal people in protecting and managing their cultural heritage. Prior to any major construction project, a program of field survey is required, followed by recommendations for mitigation and management of any cultural heritage located.

A total of 128 Significant Aboriginal Areas (SAAs) or sites were identified from the survey. This includes 108 surface sites within QR; 13 surface sites within TMR and 7 sub surface test pits that produced a total of 682 artefacts. The majority of these sites are stone artefact concentrations clustered near watercourses, particularly Bullockhead Creek, Sandy Creek,

Opossum Creek and Mountain Creek. These sites have been registered by Jagera Daran with the Cultural Heritage Coordination Unit.

Some of these sites presented interesting issues in terms of management and access for construction. Specifically, ground visibility was extremely poor over most of the project area, resulting in concern for the Duty of Care as outlined by the Aboriginal Cultural Heritage Act 2003, the guiding principle in Queensland heritage management.

In order to expedite the project, QR and TMR agreed to fund a series of test excavations to determine whether sub surface cultural heritage was present. A total of 22 test trenches were excavated under strict scientific controls. Seven of these produced sub surface cultural heritage totalling 507 artefacts, or 74% of the total artefacts. Two test pits, TP-9a and TP-9b, located adjacent to Sandy Creek, produced substantial artefacts of particular significance and quality.

One potential hypothesis from the results of the text excavations is that small parties of Aboriginal people were camping beside Sandy Creek en route to the significant initiation grounds at Camira Bora ground nearby. White ochre located in one test pit indicated activities of a ritual nature.

A series of over 80 flakes that came from a single reduction event (SRE) were partially able to be refitted together to gain some understanding of the mindset of the Aboriginal stone smith who made the superb flakes hundreds, perhaps thousands of years ago.

The Richlands-Springfield Transport Corridor resulted in a best practice cultural heritage project. It demonstrated that with good will and flexibility, development projects and cultural heritage can produce positive outcomes, while at the same time meeting the expectations and obligations of the Aboriginal Parties and requirements and guidelines of the Aboriginal Cultural Heritage Act 2003.