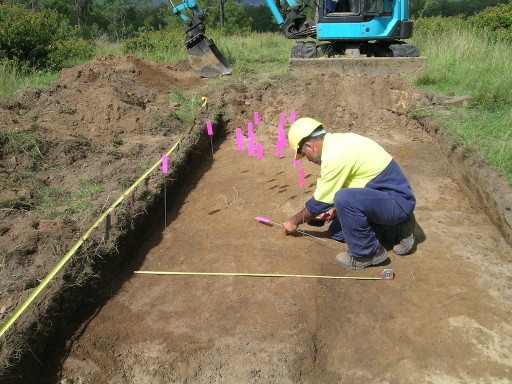 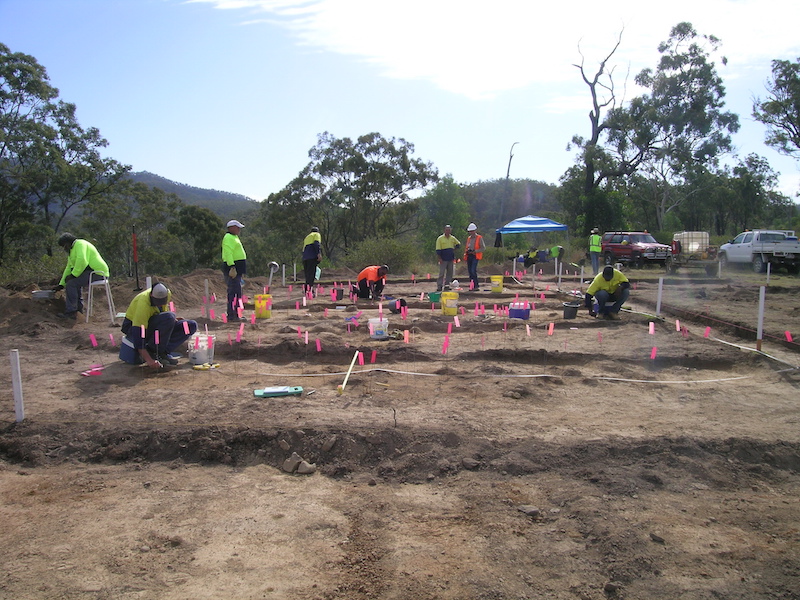 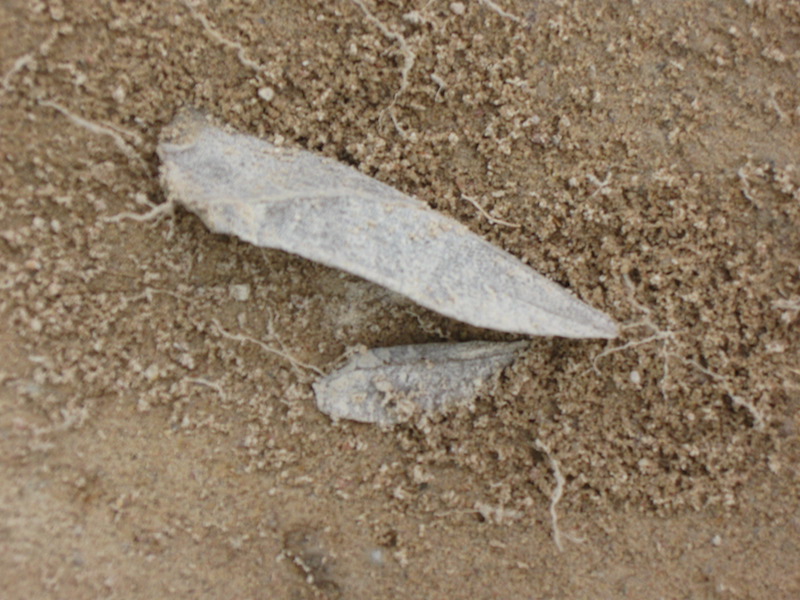 Background to the Project

QWI is the proponent for the proposed Wyaralong Dam. The dam was declared a ‘significant project’ by the Queensland Government. Under the State Development and Public Works Act 1971 an Environmental Impact Statement (EIS) was required. QWI has also nominated the dam as a  Environment Protection and Biodiversity Conservation Act 1999, which required a  statutory review process by the Commonwealth Department of the Environment,  Water, Heritage and the Arts (QWI 2007).

Two Aboriginal Parties are involved in the Wyaralong Dam Project. These are the Jagera Peoples, comprising the Jagera, Yuggera and Ugarapul clans, and the Mununjali, who currently do not have a registered native title claim (Figure 3).

QWI has negotiated separate Indigenous Land Use Agreements (ILUA) with both the Jagera People and the Mununjali People to undertake separate cultural heritage surveys on the northern (Jagera) and southern (Mununjali) banks of Teviot Brook respectively. The ILUA contains a schedule that describes the processes to be used in the management of Aboriginal cultural heritage. This schedule is known as the Cultural Heritage Investigation and Management Agreement (CHIMA).

Jagera Daran Pty Ltd is the cultural heritage body for the Jagera Peoples. It undertakes all cultural heritage work through the claim area. From time to time, it engages technical advisers to provide professional and scientific assistance and training. For the Wyaralong Dam project, Jagera Daran engaged Turnstone Archaeology and established links with the University of New England for specialist analysis programs.

This section provides Jagera Daran with proposed recommendations to deal with the surface and sub-surface cultural heritage of the Wyaralong Dam Inundation Zone.

A total of 111 cultural heritage sites categorised as ‘Significant Aboriginal Areas’ by the Aboriginal Cultural Heritage Act 2003 were located during the programs of field survey, monitoring and transects. This total does not include a number of subsites, often as large as the main site itself. If subsites are included a further 58 sites should be added, making a total of 169 Significant Aboriginal Areas. This total includes stone artefact concentrations, isolates, significant waterholes, special places, potential earth circle features, scarred trees and rockshelters — identified by Jagera Daran cultural heritage field representatives. The majority of sites (96) were stone artefact concentrations or isolates.

A comprehensive program of sub-surface investigation was proposed by Jagera Daran based on a wealth of information and artefacts recovered from initial test pitting during the 2009 field season. The poor surface visibility over the majority of the Inundation Zone was also a major concern for Jagera Daran who believed that many sites were obscured or unrecorded because of heavy grass cover. To ensure that Jagera Daran met its Duty of Care, Jagera Daran recommended investigation of 25 sites where they believed sub-surface cultural heritage existed and useful data to inform them about past lifeways in the Teviot Valley could be obtained. In return for this initiative, Jagera were prepared to make considerable concessions regarding registered surface sites which provide less accurate data and thus a lower value for financial support from QWI.

In hindsight, many of the issues that arose from the Jagera cultural heritage assessment and mitigation program of the Wyaralong Dam appear to stem from insufficient budgeting for the cultural heritage component. Although the Wyaralong EIS (QWI 2007) acknowledged that the Teviot Valley was a rich cultural landscape, the budget was insufficient for a major Aboriginal archaeological mitigation and management program that such a landscape required and in line with Jagera best practice. This shortfall led to debate over the values and quality of the archaeological reporting, and misuse of interim reports intended only to allow QWI to continue its works program within a required timetable. The motherhood statements from the Wyaralong EIS (QWI 2007) about cultural offset programs to compensate for the loss of an irreplaceable cultural landscape disappeared as the cultural heritage program intensified and QWI realised that Jagera Daran intended to maximise their return for loss of this crucially significant cultural landscape through an extensive cultural heritage program. Jagera Daran based their assessments and programs on a best practice regime they had employed at other major infrastructure developments in southeast Queensland (such as the Ipswich Motorway, Southeast Queensland Correctional Centre and Flagstone Creek Estate). The latter two both provided double the budgets that QWI allocated for a richer cultural landscape of Teviot Brook (2010 pers. com. J. Bonner).

Ultimately the loss is not only to Jagera, Ugarapul and Yuggera Peoples, but a loss of knowledge and cultural landscape to all Australian people. As an example, Test Excavation 1 was a model project to Jagera Daran and a source of great pride and enormous cultural value. It could have been a flagship project in the context of the aims of the Wyaralong EIS, a partnership between developer and traditional owners. Instead it became a matter of rancorous debate over its scientific return for its cost that disregarded the significant findings. Further, the debate seems to have ignored two fundamental issues. One was the value in training and cultural pride that it gave to Jagera Peoples involved in the project. It was particularly interesting that numerous non-Indigenous dam construction workers came to view the excavation and commented on how important it was to Australia’s history. The second issue was that the site was to be totally destroyed by construction of the dam wall. QWI had no alternative than to undertake a mitigation program for retrieval of artefacts. At the time, QWI were supportive of the program and Jagera Daran acknowledges freely the support given by QWI management in terms of funding and equipment and the several extensions of timetables.

The EIS clearly outlines a program that is comprehensive and supportive:

“QWI is committed to a process that affords the Aboriginal Parties the opportunity to identify the nature and scale of the cultural heritage issues to be managed, and then develop and implement the necessary management processes” (QWI 2007).

The Terms of Reference also clearly identify that QWI’s initial process was to have a full and comprehensive study to meet the Duty of Care required by the Aboriginal Cultural Heritage Act 2003:

“Comprehensive and systematic field inspection of the Study Area by authorised representatives of the Jagera People to identify the presence of Aboriginal cultural heritage; to assess the likelihood of sub-surface cultural material being present, and the identification of areas within which it is acceptable that proposed development activities be undertaken” (Terms of Reference).

However, since the completion of Test Excavation 1, QWI have proposed a new program based on Fullagar’s peer review of the interim reports. Jagera Daran fails to see how this assists them in recovering a “comprehensive understanding of the Teviot Valley”. The mitigation program proposed by QWI appears solely to be based on budgetary constraints and a peer review assessment provided by Dr Richard Fullagar in 2010.

The ToR called for “preparation of a formal report documenting the results of the investigations, including an assessment of recommended management options”.

The fact that this peer review was based solely on interim reports that were little more than lists of GPS locations and recommendations designed to provide a discussion about further cultural heritage responses, appears to have been overlooked. A critical assessment undertaken without recourse to a major comprehensive report that provides data to be interrogated and an assessment of cultural values and significance is fundamentally flawed. Despite this, and Jagera Daran’s repeated protestations that the interim reports were precisely what their titles proclaimed and a full report would be forthcoming, QWI chose to refer minor reports for peer review.

Further, an assessment of the value of Test Excavation 1 by Dr Fullagar was made without even the scientific findings being available to him.

The results of the cultural heritage survey show that inundation itself will largely impact on the 40-100 metre contours. More than 90% of the overall Aboriginal Significant Areas are with the 40-80 metre contours. This represents a loss of a significant proportion of the cultural landscape of the Jagera, Ugarapul and Yuggera peoples within the Teviot Valley. Even if the figure is based on the 60 metre contour, approximately half of the recorded registered sites will be lost.

The Aboriginal Cultural Heritage Act 2003 Guidelines place the responsibilities for the protection of cultural heritage first on the State of Queensland, and then on the developer. Sites that are registered with DERM’s State Indigenous Heritage Register maintained by the Cultural Heritage Coordination Unit are fully protected. If these sites come under threat from a major infrastructure project, the Act provides for various mitigation and management strategies largely based on the perceived significance of registered sites based on Aboriginal traditional owner viewpoints. The Act notes that technical advice from archaeologists and anthropologists can be sought, but in the long term, it is a matter for negotiation between the developer and relevant Aboriginal parties. Failing this, the matter can be referred to the Land Court for mediation. A recent mediation noted between a major city council and Jagera Daran over a test pitting program proposed by Jagera Daran resulted in mediation upholding a best practice program and the test pitting program being reinstated (Bonner & Ors v. BCC 2010).

Jagera Daran believes that their proposed cultural heritage program is not excessive given the size of the Inundation Zone, and the wealth of sites and site complexes located to date. They further endorse a robust program of sub-surface investigation based on the high success rate of initial test pitting undertaken for the ponding area and dam wall. This first round of test pitting agreed to by QWI included eight test pits covering a greatly smaller area than the current Inundation Zone discussed in this report. If the same model was continued more than 30 test pits would be required.

While it may be debated that inundation does not impact on sub-surface cultural heritage this is patently wrong. The result is that Aboriginal people lose access to a crucial and significant component of their cultural heritage in a valley that is — to quote the Wyaralong EIS — ‘a rich cultural landscape’. Arguably, the effects of water on stone artefacts may be unknown over a long period of time, but possibly results in loss or diminution of plant residues and other organic substances such as ochre and blood.

Perhaps the greatest loss is to the Jagera, Ugarapul and Yuggera Peoples. Cultural heritage is a non-renewable component of Australia’s heritage. Perceptions may differ about its worth and the financial burden imposed by adequate recording and documentation. These issues often appear to cloud the overwhelming positive values that it gives to Aboriginal people who are afforded economic and cultural offsets in return for loss of a significant cultural landscape.